Hip-hop superstar and part-time fashion designer Kanye West just debuted his first fashion show Thursday night in New York City Titled “Yeezy: Season 1“, West finally got to show off what he’s been working on the the help of the Adidas Originals design team. 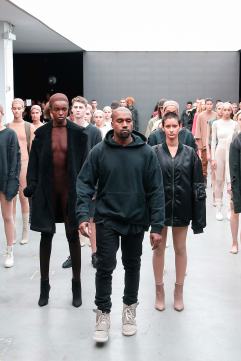 For a man true to his and Beyonce‘s artistry, there was nothing revolutionary or new about the clothes, just your ordinary Braamfontein hippies gear along with the pantyhose over the head the that I grew up watching my mom do to keep the hair in place/smoother and easier to wake up and work with. Loved the colors though. See images below: 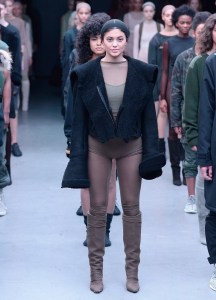 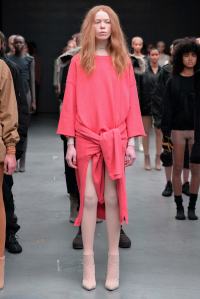 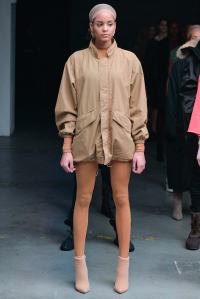 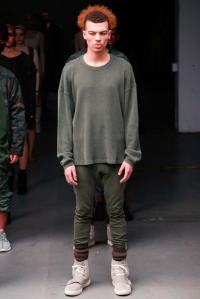 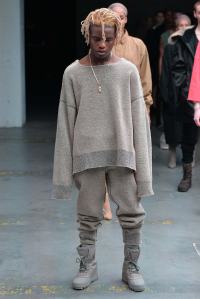 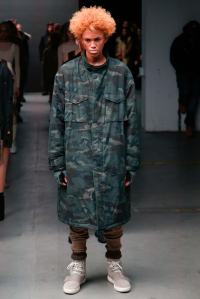 Dudley O’Shaughnessy, Rihanna’s We Found Love flame pictured left was part of the show too in the Yeezy 750 Boot Sneakers. 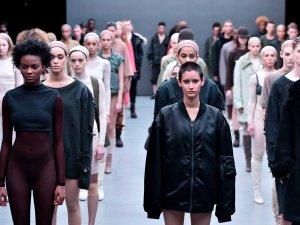 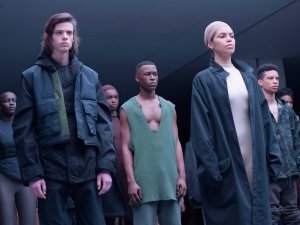 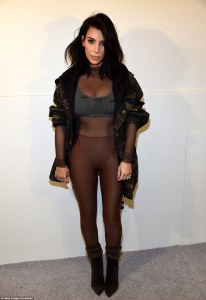 Kim Kardashian West who was dressed in Yeezy head to toe. 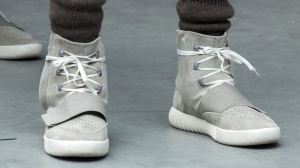 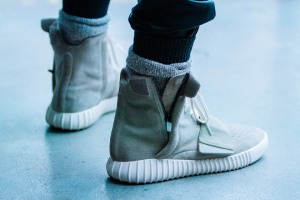 We love Kanye but his G-Star Raw / Diesel inspired clothing…. Your thoughts?